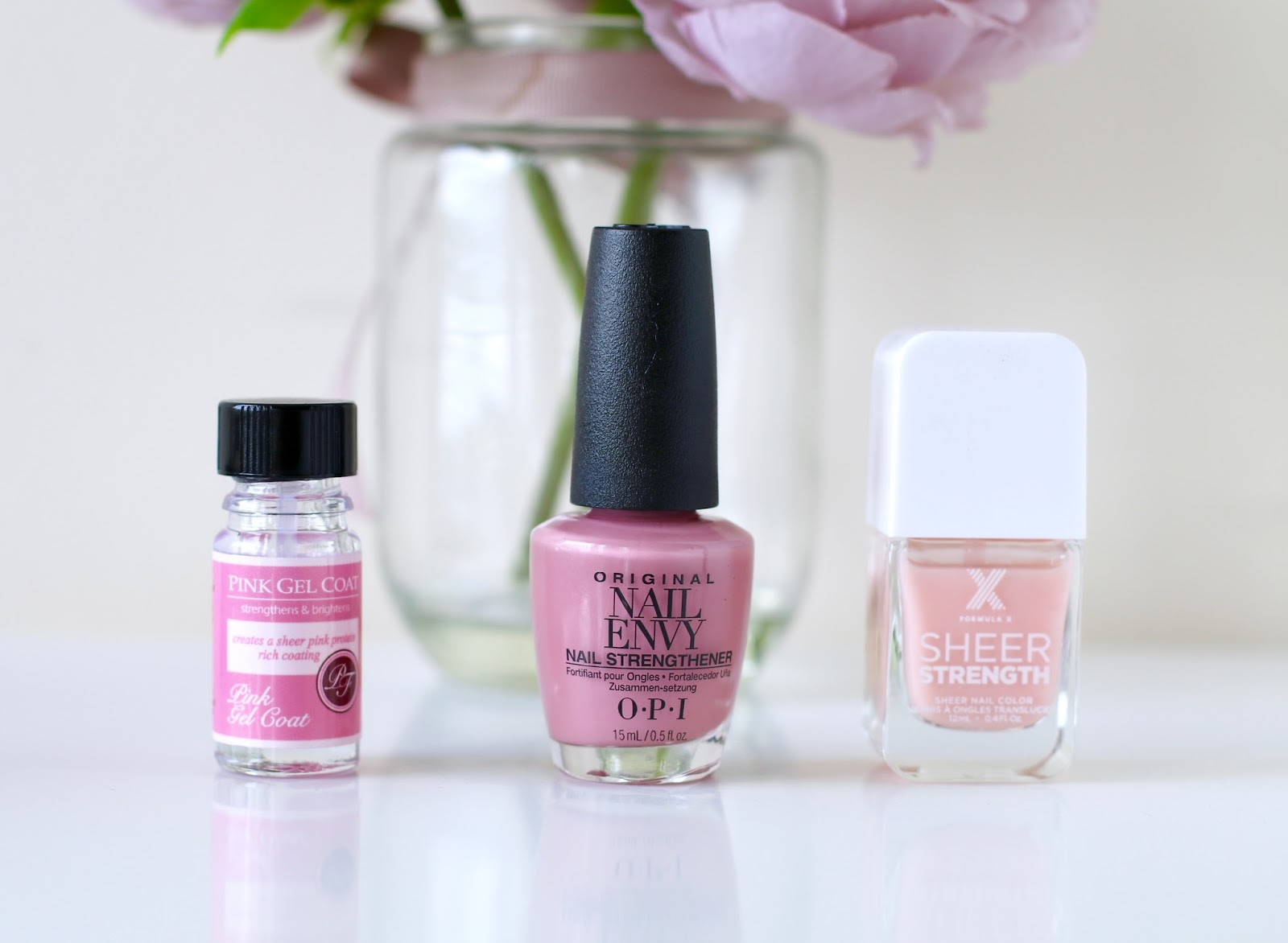 When I was younger I would bite my nails to an inch of their life, maybe this was a habit or maybe it was a nervous tick – probably a bit of both. My mum bought a clear nail polish that claimed to help people stop biting their nails and to some extent that helped – mainly because it tasted horrendous. But it was’t until using nail strengtheners and getting into wearing nail polish more that made me stop and allowed my poor nail to grow and stop breaking so easily.

It sounds silly but whenever I wore a coloured nail polish I always want that polish to stay on for as long as possible, because hey it looked pretty, so it meant I would avoid biting my nails. Of course I never wore it to school… ok actually that’s not entirely true. Being radical *jokes* I wore clear (usually the nail strengthener) or a very pale pink that matched my nail colour so I wouldn’t get told off, or be sent to the science building and be made to take it off with some disgusting substance that was worse smelling than normal nail polish remover. Those were the days.

Since then I’ve tried quite a few nail growing treatments and strengtheners and thought I would share my top three.

You’ve probably heard of this brand as they are one of the most famous nail brands, and I’m not surprised why. Nail Envy was the first strengthener I tried and oh boy did it work! Since then I moved on to trying others but have always gone back to O.P.I. Although I do not use the original Nail Envy anymore I could not recommend it highly enough. If you suffer from sensitive and/or peeling nails O.P.I also have a another Nail Envy formula for you, which I have used for the last few years and can attest to it’s miracles.

The most recent O.P.I strengthener I have been using is the new Nail Envy Colours in Hawaiian Orchid. When O.P.I launched their Nail Envy Colours range I was beyond excited, and was not disappointed. Although they only have three colours in this collection (at present) they are beautiful. All three colours are a shade of pink ranging from a very pale pink (Bubble Bath) to a nude with a pink undertone (Samoan Sand), and then the one that I have which is more of a light dusky pink (Hawaiian Orchid). The plus side to this range? I always forget I’m wearing a strengthener, it looks just like a normal nail polish and lasts a good amount of time when you use a top coat.


When I went to New York in 2014 I stumbled across this brand. I had never heard of them before but an assistant in Sephora raved about them. So naturally I purchased one to try it out. I decided upon the Pink Gel Coat that claimed to strengthen and brighten while creating a sheer pink protein rich coating. Now, I have not idea about the ‘protein rich coating’ but I can say that this gives my nails a brightening boost, much like how a face mask gives your face a glow from hydration. Although it does give your nails a subtle pink tint it’s not overly noticeable, and you can wear another nail polish on top.


From watching way too many YouTube videos I heard about Formula X, but seeing as they are an American brand it’s pretty difficult to get them in the UK. So when I went to New York I also picked up a colour from Formula X. At first I didn’t realise it was a strengthener, I just saw the ballet pink shade and decided to get it as it was the perfect neutral, but hey it was an added bonus. The name of it is the Sheer Strength Treatment. Before trying the new O.P.I Nail Envy I wore this Formula X strengthener for months, no joke. My nails were brittle after the winter months and were in desperate need of some tlc, and this have them the boost they needed while adding more of a colour to them. The only thing I will say is that it acts like normal polish, so I would recommend adding a top coat to make it last longer.