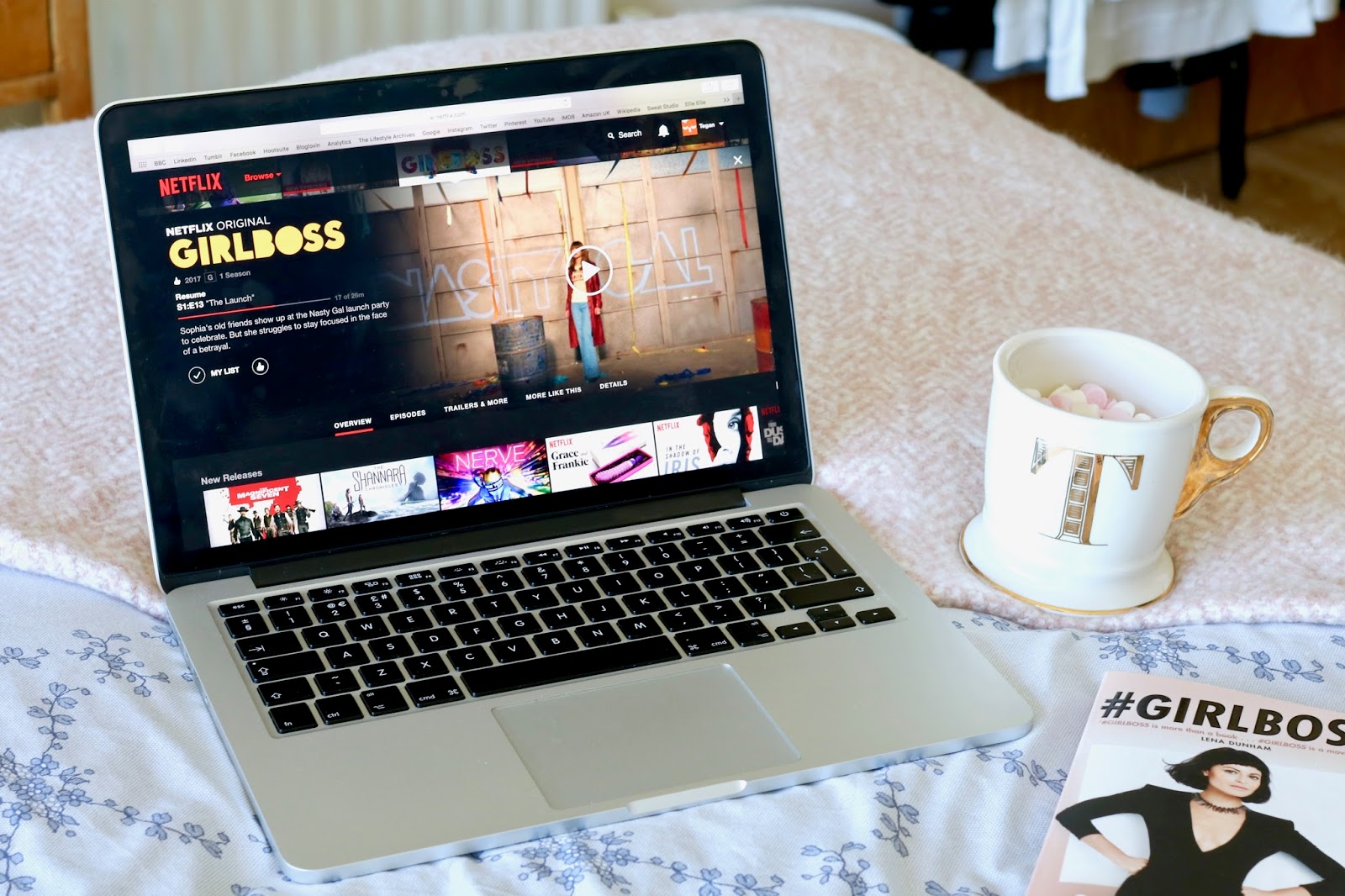 I heard about this series a while ago and was half interested in watching it, but then life happened and I forgot about it entirely. Can I be anymore typical? Nope, probably not. However I noticed that Natflix added the first series. I’m not sure if this happened this year or if it’s been on there for a while, but whichever it was I’m glad they did.

The only way I can describe this show is that it’s very much like Firefly (one of my all time favourite series if you didn’t know), which was a TV show by Joss Whedon – if you don’t know who he is… shame on you! Killjoys are bounty hunters who take on warrants for either people, goods, or property. It’s very futuristic, humans have expanded to live on other planets, there’s conflict between governments and other organisations, but killjoys try to stay neutral. This is probably on elf the things I love about this show, you get to see how characters sometimes struggle with staying neutral, but then they overcome it by, basically, problem solving it. To put it simply, if you like Sci-Fi you’ll probably like this.

I’m really hoping that Netflix add the second season soon because, you know, a girls got to know what happens! *Also, season 3 will be on Syfy this summer*

I admit it, I  have a love for period dramas. Maybe it’s because I watched every Agatha Christie dramatisation as a kid and teen *yes I’m looking at you mum*, or perhaps it stems from that fact that it brought all my family in the same room, because we all liked them and would have them on in the background. Aaah family bonding over period dramas while sipping tea – can you get much more British then that? Nope, I don’ think so. But I digress. The Crown is the biographical story of Queen Elizabeth II before and after she became queen, and what she had to overcome during her reign between 1947 – 1955. Claire Foy portrays Queen Elizabeth II and Matt Smith portrays Prince Philip, and they are sublime! They bounce off each other so well it makes the series feel so real, as if you are a fly on the wall actually witnessing what happened.

A high recommendation for anyone who loves period dramas as much as I do.

If you follow me on Twitter you’d already know that when this was released on Netflix on the 21st April I decided to have a chill day and watch the entire series, #noregrets. If you’ve never heard of Girlboss then let me educate you: Sophia Amoruso wrote the book #Girlboss, which is half autobiographical, on how she went from a high school dropout to founder and CEO of Nasty Gal, and half how to be a girl boss and achieve it. So, what is a #Girlboss you might be wondering. Well to take a quote quite literally out of the book, a #Girlboss is…

…someone who’s in charge of her own life. She gets what she wants because she works for it. As a #GIRLBOSS, you take control and accept responsibility. You’re a fighter […] You take your life seriously, but you don’t take yourself too seriously. You’re going to take over the world, and change it in the process…

After watching the entire series, here are my thoughts: Firstly can I just say I was a little disappointed that each episode was only 30 minutes long. I think at the time I didn’t like this as most (practically all) of the shows I watch have hour long episodes. However after watching a few episodes I quite liked the fact that they were short as it made the story flow better. The story is a good dramatisation of Sophia Amoruso’s story – it’s very loosely based on her story; having read two-thirds of her book I thought the show incorporated a good amount of fact to keep it semi believable. Obviously for TV shows things are altered, added, taken out etc, but the infrastructure remained intact.

The only thing I wasn’t a big fan of were the flash backs, I liked that they added more context for characters, but having a whole episode of flash backs was a bit much in my opinion. However, this complaint is very minor and overall I thought this was a good series to binge watch. Bring on season 2!

Empresses In The Palace

I’m a big fan of Asian films, whether they be live action or animated, but I never really got into any TV series until this one. This series was adapted from an internet novel and focuses on the emperor’s concubines in the imperial palace during the Qing Dynasty. The story focuses on Zhen Huan who enters the imperial palace unwillingly as a innocent girl who eventually becomes scheming and ruthless to ensure her survival within the harem. Filled with intrigue and a few twists and turns, the series paths out Zhen Huan’s journey.

To be honest the story line didn’t grab my attention until I started to watch it, but the costumes… OMG they look amazing. Why is it that I always fall in love with Asian period drama costumes? They’re so rich with colour, the embroidery is amazing and… I’m actually lost for words by how stunning everything looks.

Take a chance of this series if you want to widen your TV tastes.

Once Upon A Time

This series was the reason why I wanted Netflix originally. No joke. I bought the first and second season on DVD and fell in love with the story so much that it was fustraighting having to wait for the DVD to be released in the UK. Thankfully Netflix has gets the episodes a few days after the US. Yay!

This series was created by Edward Kitsis and Adam Horowitz who were writers for Lost, so straight off the bat you know it’s got to be good. The story starts off with an unwilling saviour who has to save the mysterious town called Storybrooke from an evil curse. But guess what, all the characters in this town are characters from fairy tales, the good and the bad. However they have no idea who they really are due to the dark curse that was placed on them by… none other than the Evil Queen.

I can’t say too much on this series because a) I don’t want to spoil it, and b) it’s on it’s sixth season so A LOT has happened since the first season. Definitely give this a watch if you haven’t, but make sure you watch two or three episodes before deciding if it’s your cup of tea or not.

are there any shows you’d recommend? I have a pretty eclectic taste so recommend away. 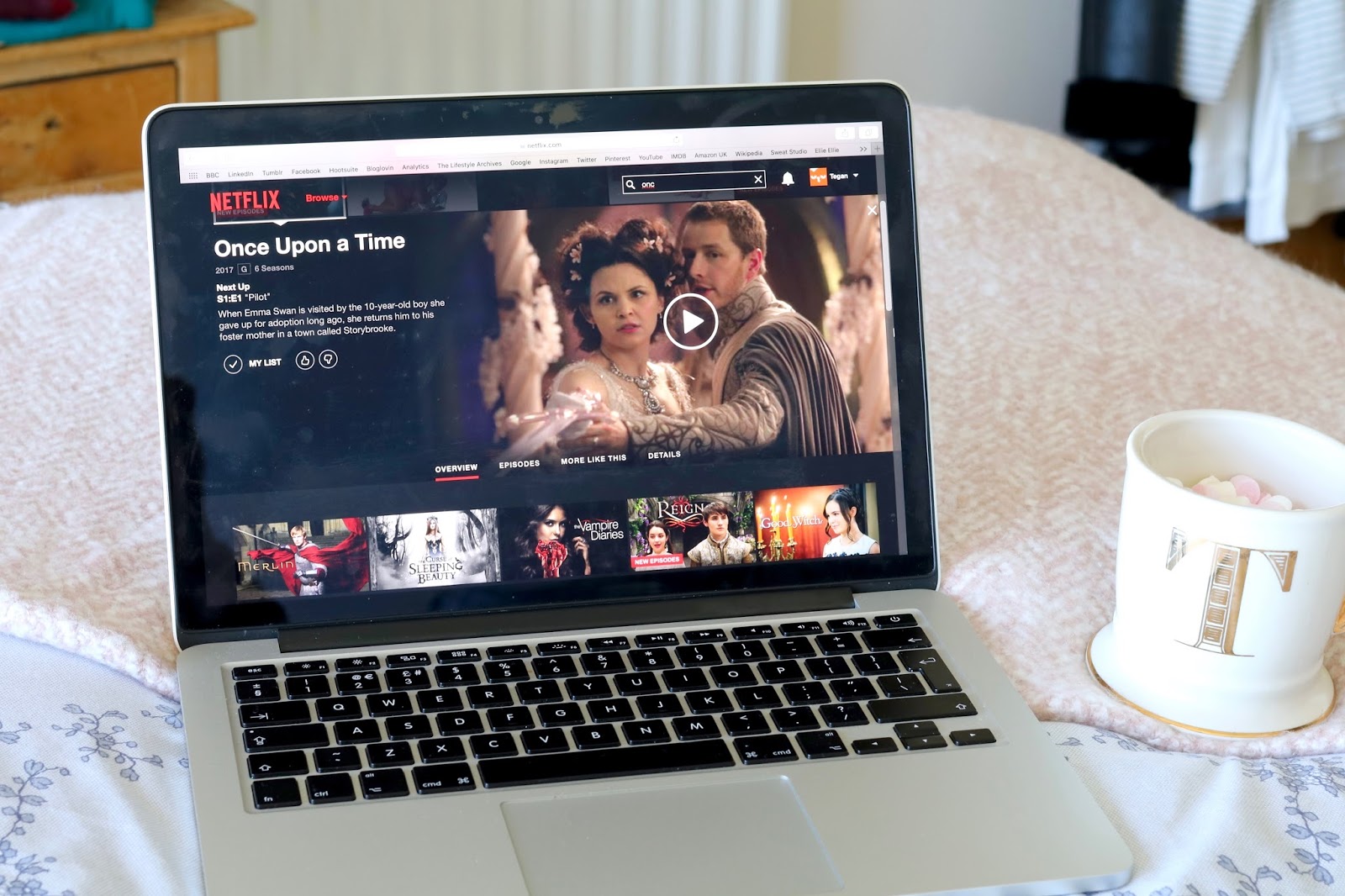