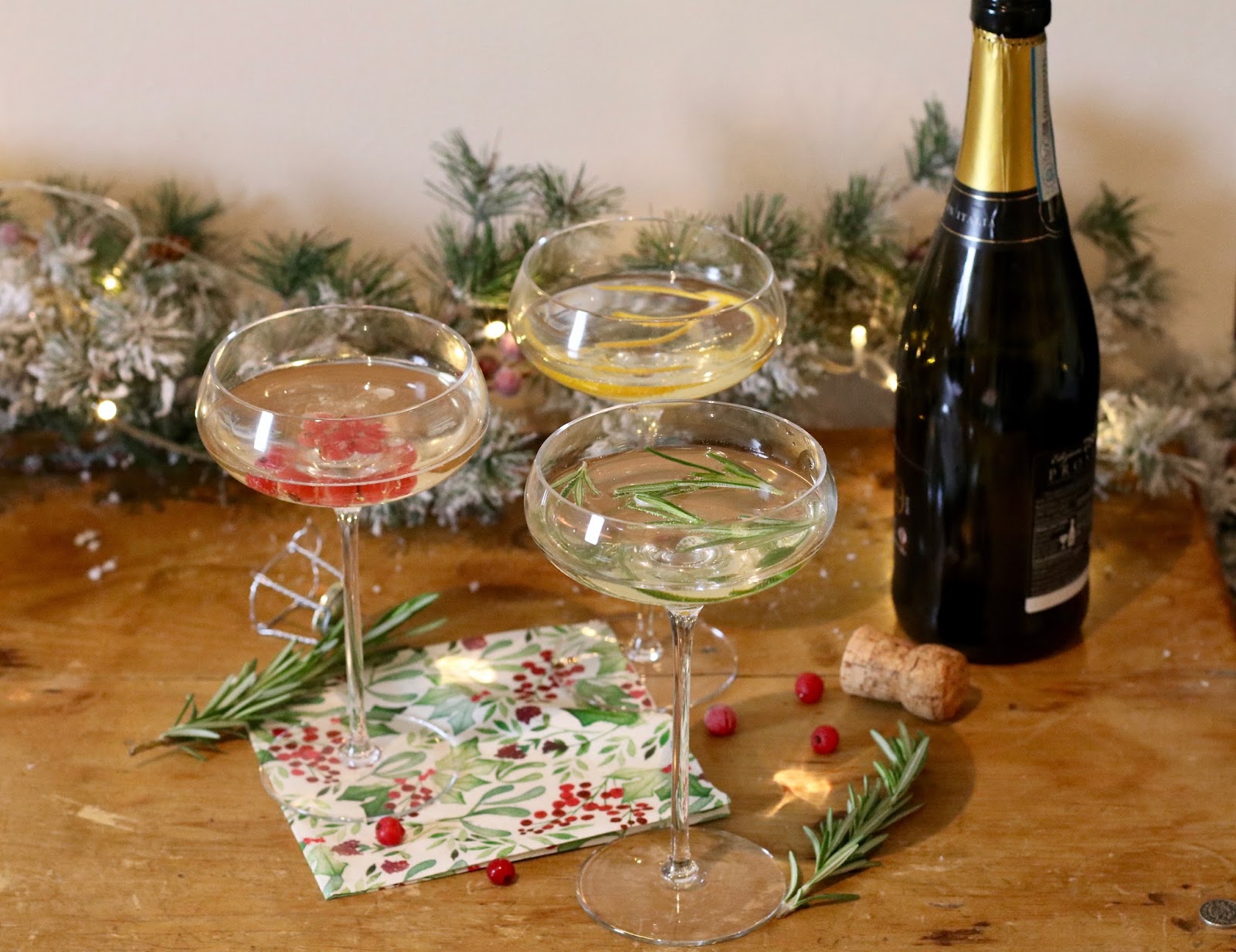 Looking for something to sass up your Christmas party without taking up too much time?

Festive prosecco is not only quick and easy, but it looks super fancy and adds a festive twist to your bubbly. 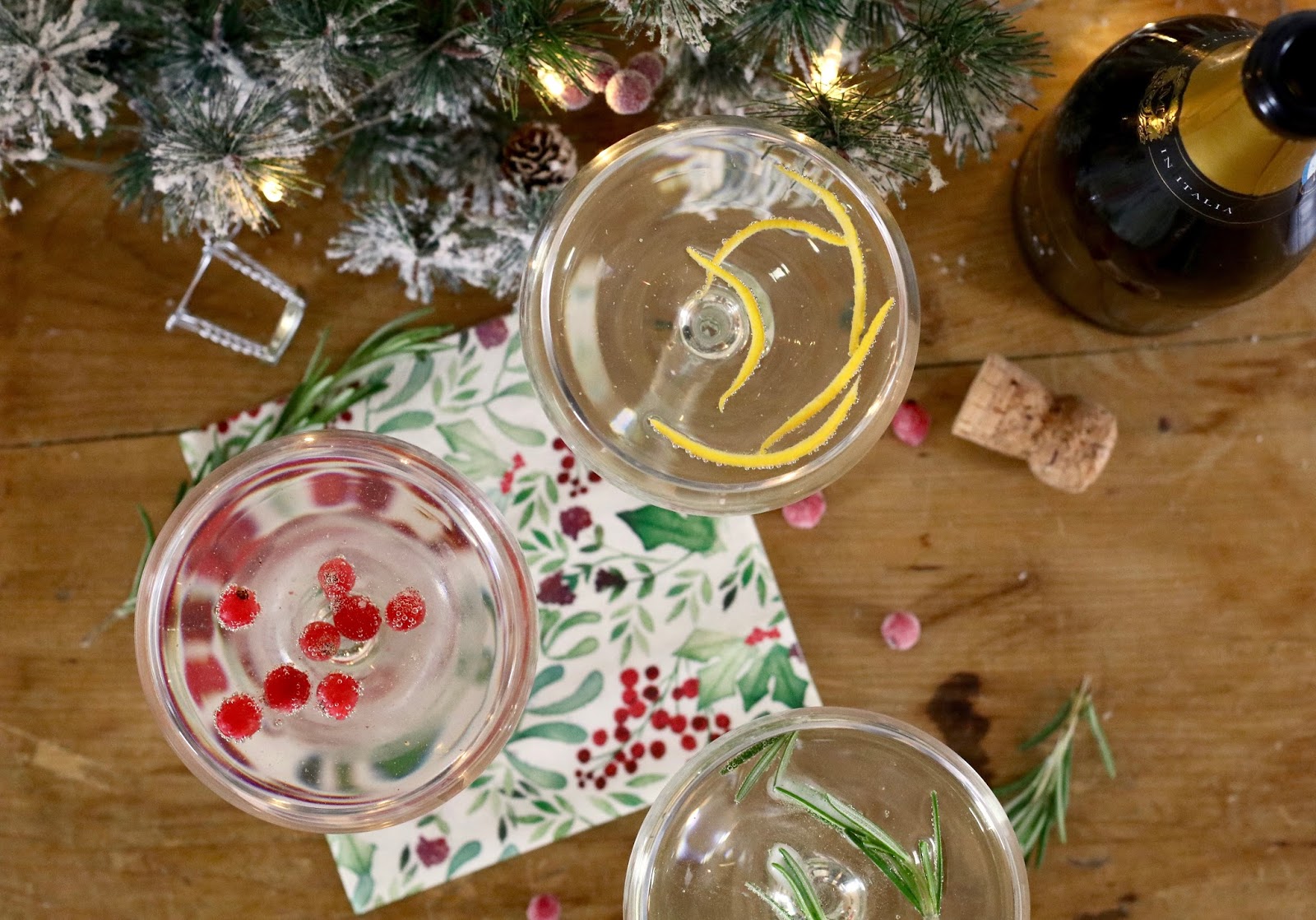 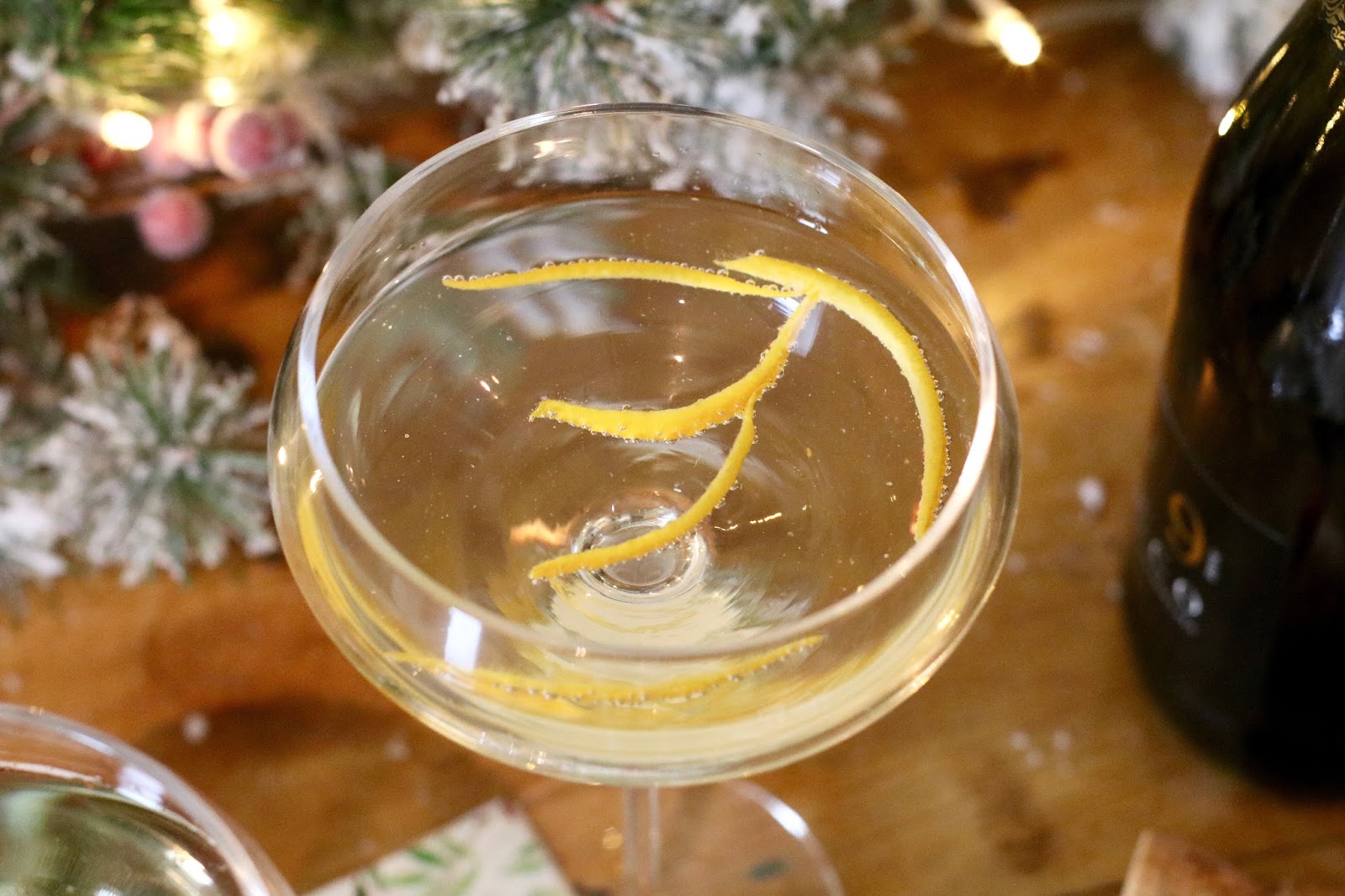 Is there anything more festive then the smell of oranges?

Using orange peel definitely adds quite a bit of flavour to the prosecco, but it doesn’t over power it. You only need a few snippets of orange peel to create this crowd pleaser. 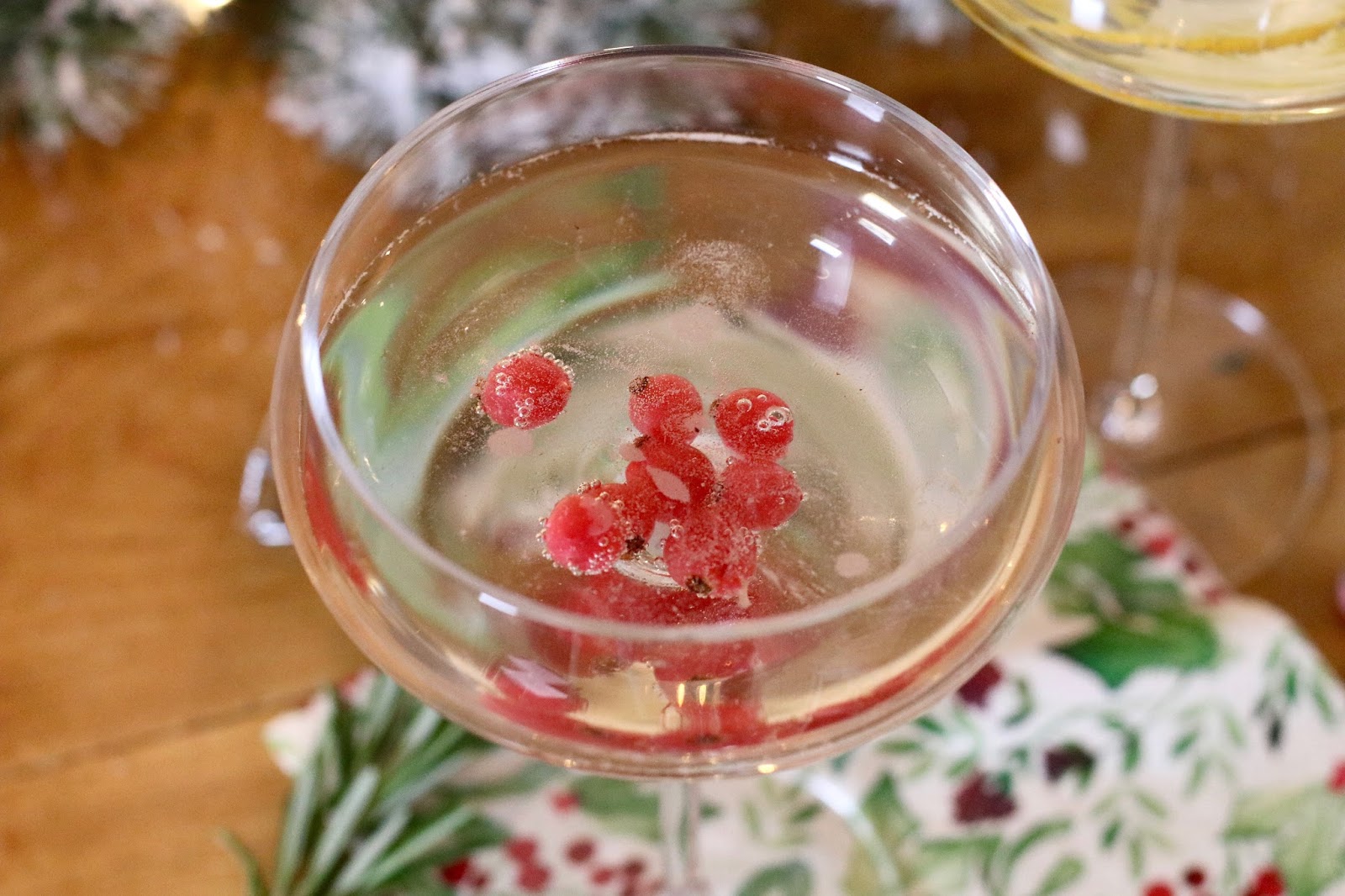 These, in addition to cranberries, are some of the most festive berries for the season. Maybe it’s because they’re red, or maybe… actually I have no idea, but they look good and that’s all that matters. Plus it’s another way to get your 5 a day, right?

Red currants are harder to find in the fresh section in supermarkets at the moment (for me they are anyway) so I picked up a summer fruits bag from the frozen section and picked a handful out. No one will ever know! Unless they read this post that is… 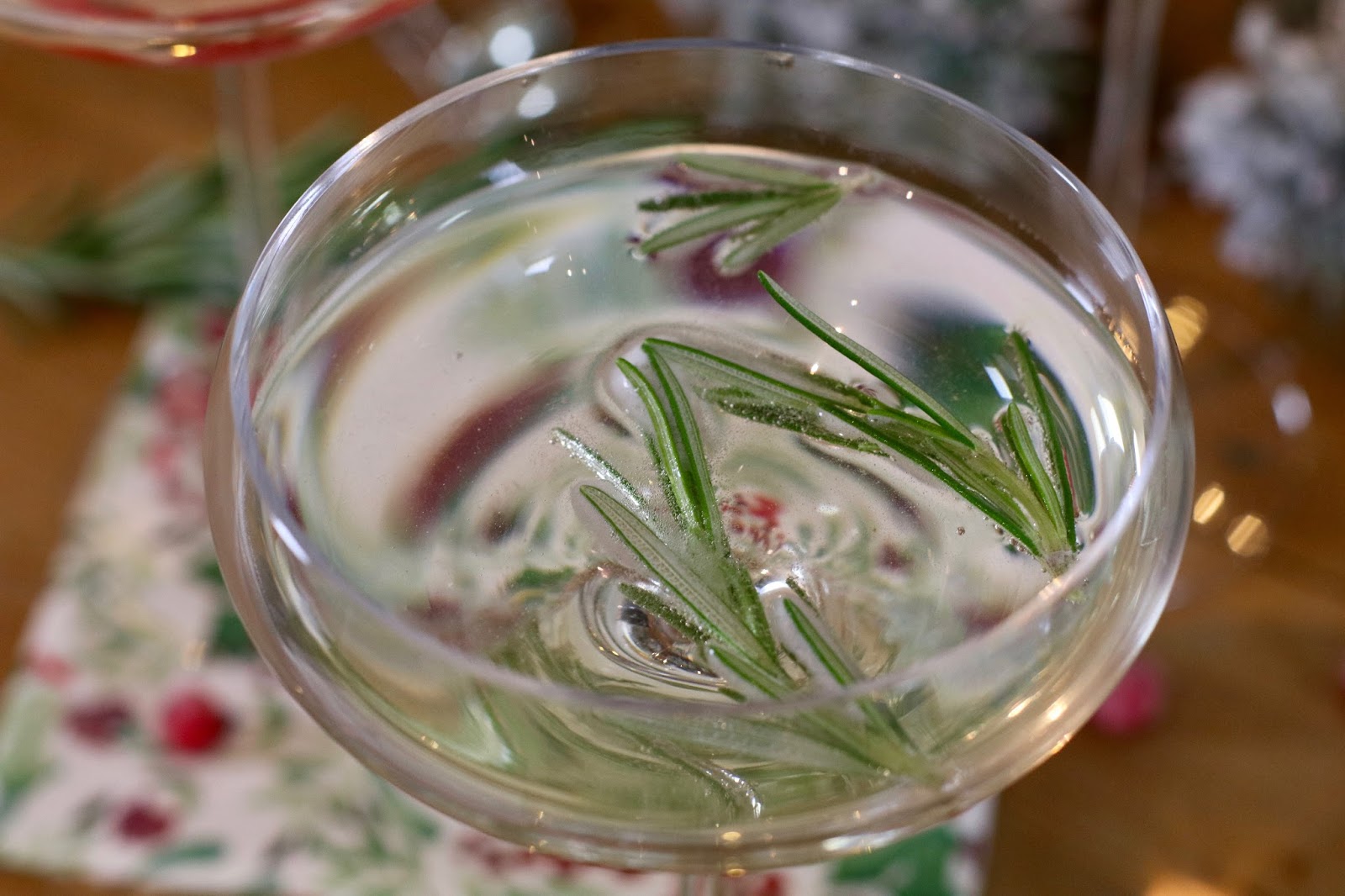 Rosemary is one of the greatest herbs. Not only is it used to give flavour to so many dishes – meat eaters should try it with poultry and lamb – but it also has many health benefits such as reducing stress and apparently helps to boost your body’s immunity.

The flavour of the rosemary is subtle, so it doesn’t take away from the taste of the prosecco, but it adds a festive hint of flavour and looks amazing too. 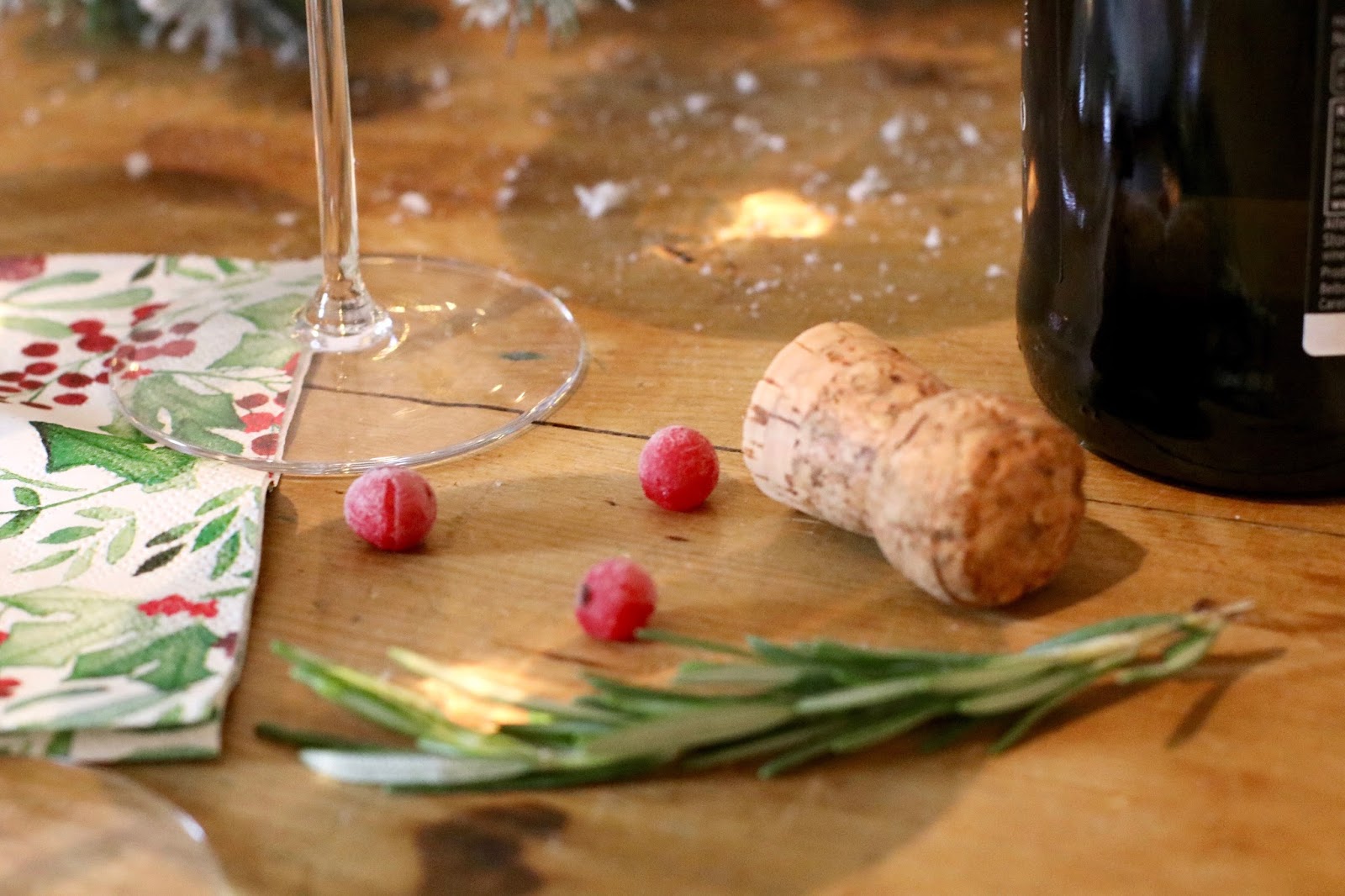 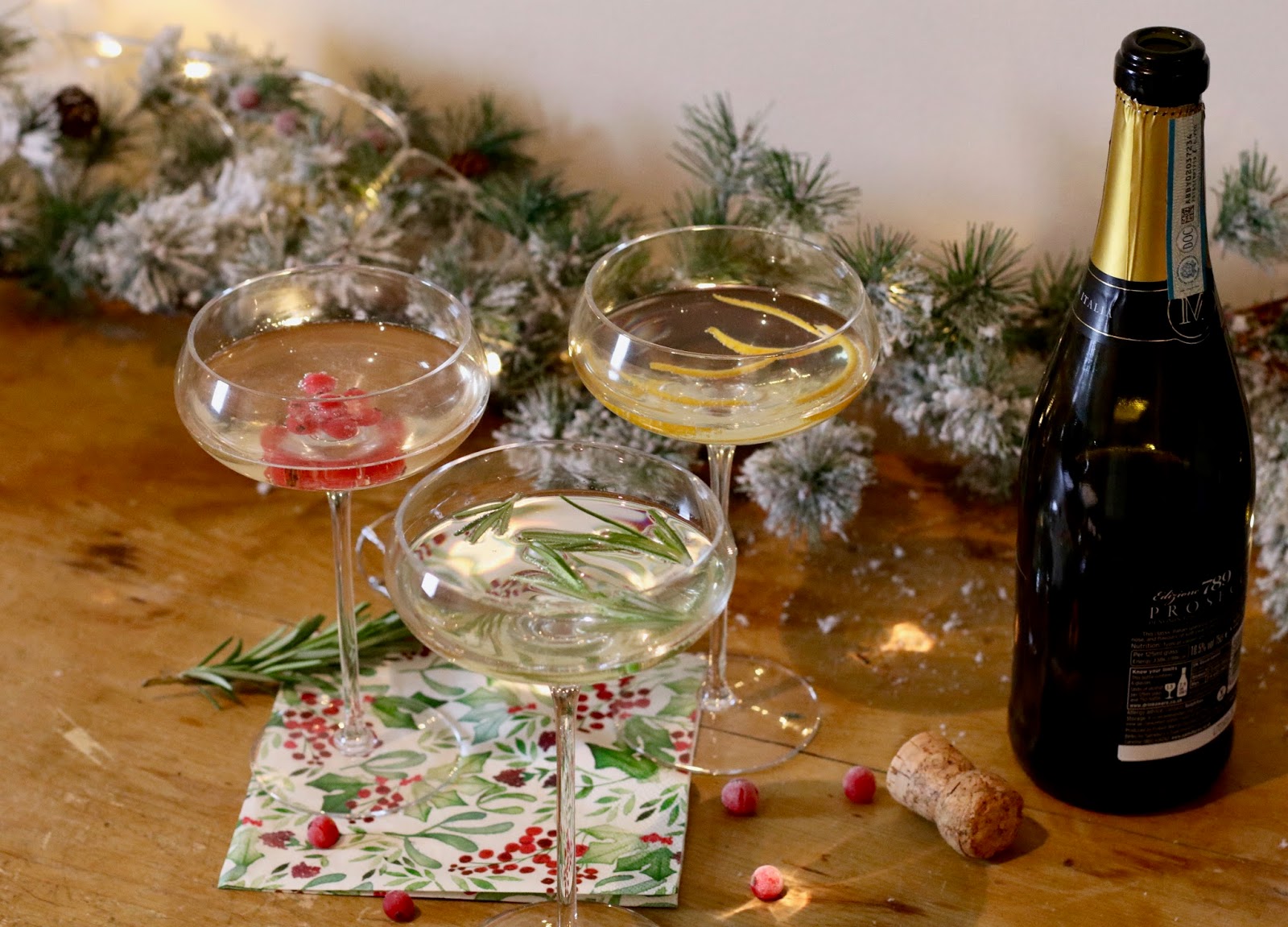 Are you having a Christmas party?

If so, what are your go-to recipes?